In January I read 9 books, which is pretty on average for me. I read a mixture of genres in a variety of formats, and here they are below!

This was a carryover from 2019. Vicki Leon writes about forgotten women of history in a snarky, accessible way that reminds me that there are people out there who know how to make history fun. I have a couple of her other titles on my shelf that I hope to get to this year.

The Poppy War by R.F. Kang

Another carryover from 2019. This is the first in a series that follows a war orphan named Rin who earns her way into a top military academy in a fictionalized Asian country. There, she discovers an ability to talk to the gods that will either be her triumph…or be her ruin. I listened to this on audiobook and thought the narrator did amazing. I will definitely be reading the second in the series.

You Play the Girl: On Playboy Bunnies, Stepford Wives, Trainwrecks, and Other Mixed Messages by Carina Chocano

My last carryover from 2019. Chocano discourses, in a selection of essays, on society’s message to women on who we are *supposed* to be. Spoiler: be whoever the fuck you want. The most interesting takeaway I had from this collection is Chocano’s comment on how in the traditional hero’s journey, it’s a pretty straight trajectory, but in a heroine’s journey, it’s a spiral as we must struggle with being who we truly are over society’s expectation of us.

The Chain by Adrian McKinty

This was my IRL’s book group pic for January. It’s about a woman who’s daughter is kidnapped and being held for ransom, and to get her back she has to kidnap another child. Interesting concept but bland execution. We all agreed the first half of the book was good but could have done without the second half. I listened to this on audiobook and thought the narrator did a good job though.

I received this as an ARC (advanced review copy) from Booklist to review, which you can read here. This is a science fiction novel that comes out in March with lots of interesting characters on an adventure. I found it really enjoyable and good for fans of Hitchhiker’s Guide to the Galaxy.

This was a book I read for a committee I’m on at work. It’s historical fiction about a young man, Calhoun, who enters into an affair with an older architect named Clement. Another society guy, Belasco, has it out for Clement and threatens Calhoun with exposure of their affair. They get into fisticuffs and Calhoun ends up wounding Belasco in self defense. Belasco has Calhoun arrested for attempted murder. Shenanigans ensue. The representation is important but the writing was meh.

The Five Dysfunctions of a Team: a Leadership Fable by Patrick Lencioni

One of my reading goals for 2020 is to read a professional development book each month. As a branch manager of a public library, I think it’s important that I develop myself as much as I develop my staff. Luckily, I’ve found a reading buddy at work to read with me, and for January we read The Five Dysfunctions of a Team. I liked the writing of this because it was simplistic but engaging. I find some management books to be like “fact…statistic…anecdote…tip….washrinserepeat”. With this one, because it read like a story I was able to engage with it more and take more away from it. It definitely made me want to evaluate my team and see where we could improve.

Lost at Sea by Erica Boyce

This is another ARC I received from Booklist for review, so when that review is available I will link it here. This is a contemporary set in New England about the ramifications for a seaside community when a beloved fisherman goes missing.

The Bonesetter’s Daughter by Amy Tan

Finally, I finished the month of January with The Bonesetter’s Daughter by Amy Tan. I was first introduced to Amy Tan when I read her novel The Valley of Amazement a few years ago, and have been trying to read her backlist ever since. I enjoy Tan’s writing and I liked the different timelines, but overall the characters weren’t anyone that I had a deep connection with. I will still continue on with Tan’s backlist though!

So how did your reading go in January? Have you read any of the books I mentioned? Let me know! 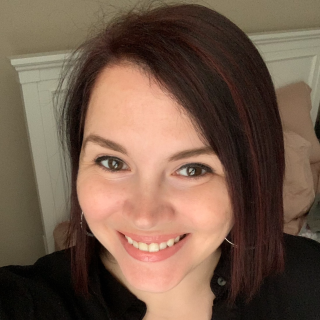